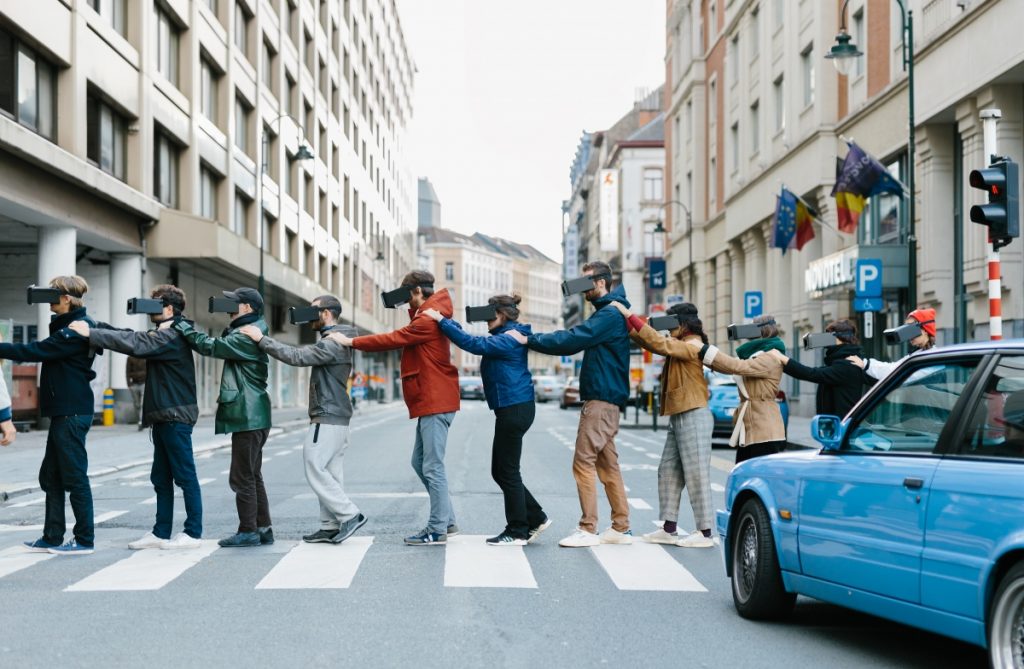 To kick off our festival, Danspunt will show you two dance films!

In 2020 Danspunt produced two dance films with young dancers and movers: Au Suivant and Moteur Synchrone. Together with and thanks to our partners Passerelle, fABULEUS, Concertgebouw Brugge and 7 cultural centers in Limburg. Danspunt aims to give these dancers and movers aged between 13 and 23 the chance to develop their talent. They have followed a series of dance workshops in which they prepare for the film shoots, sample the atmosphere of a film set and get the chance to work with experienced choreographers. We recruited them in Limburg and West Flanders.

Moteur synchrone, a short film by Stanislav Dobak and Jamie Lee
Imagine a world where the simplest of pleasures are not longer part of our freedom. Where we live to maintain the materials that mainstream culture has inflicted on our wants and needs, the human ability for critical thinking completely extinct. Leading to the disconnection humans have with nature and the eventual stripping away of humanity all for the growth of the industrial complex. Humans become pions of a system. A system that is no longer working for humans, but humans working for the system.

Moteur Synchrone is a short movie of Jamie Lee and Stanislav Dobak. A co-production of Danspunt, Passerelle and fABULEUS, in collaboration with the cultural centers of Genk, Hasselt, Heusden-Zolder, Houthalen-Helchteren, Lommel, Maasmechelen en Tongeren.

Au suivant, a short film by the choreographer Bérengère Bodin in partnership with the filmmaker Philippe Piffet. AU SUIVANT … Next! Jacques Brel repeated it over and over in his song of the same name. This film is an ode to the brilliance of youth, the fire inside young people. It is a fictional documentary bearing witness to their poetry. Written by, for and with them.

They believe in moving, sweating and outdoing themselves. They meet at an audition, like a long parade of sweaty pilgrims, hoping that the curtain will rise on them. “Many are called, but few are chosen…”. How do we encourage them to persevere, how do we value their resilience? What does “success” or “failure” mean? Because this is about the fire that burns in our young people of today, our adults of tomorrow …

Au suivant is a short movie of choreographer Bérengère Bodin, in collaboration with film maker Philippe Piffet. A co-production of Danspunt, Passerelle, fABULEUS and Concertgebouw Brugge.