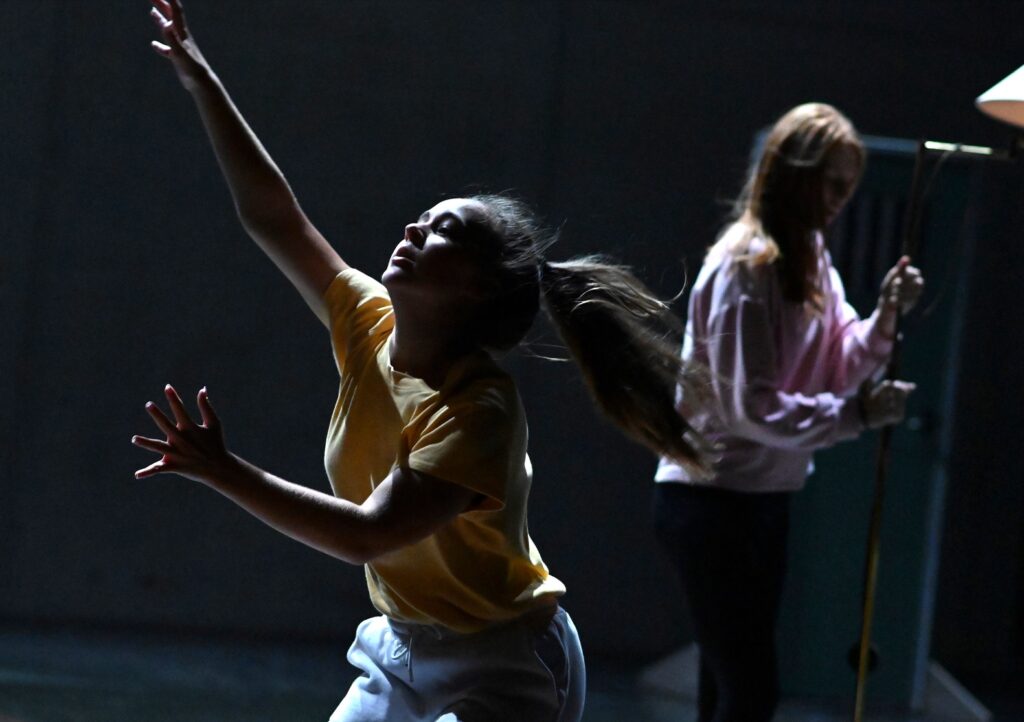 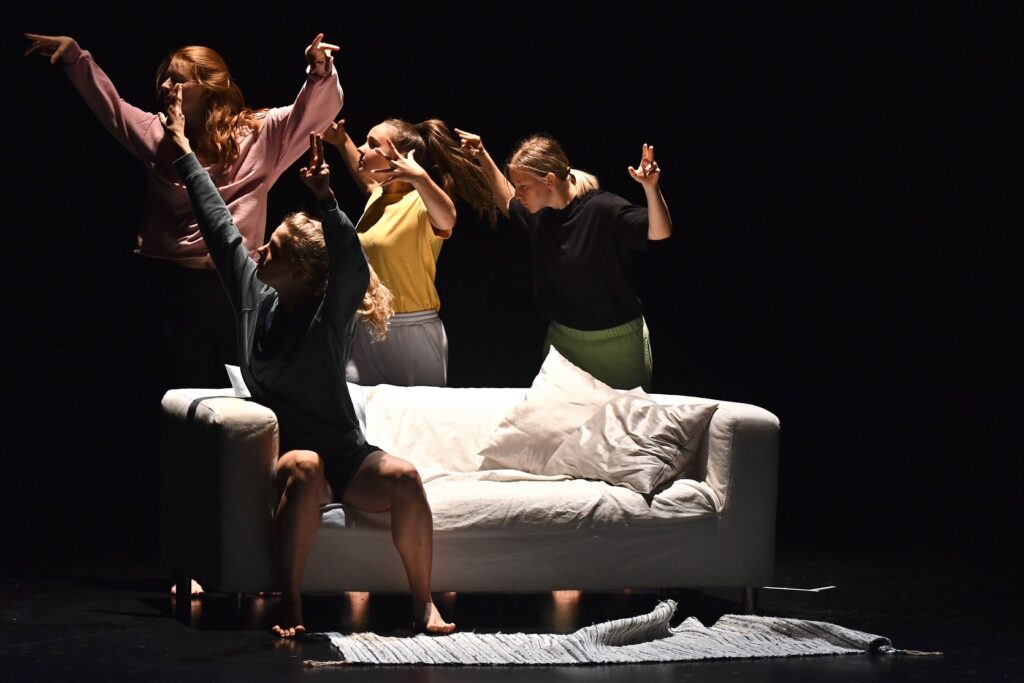 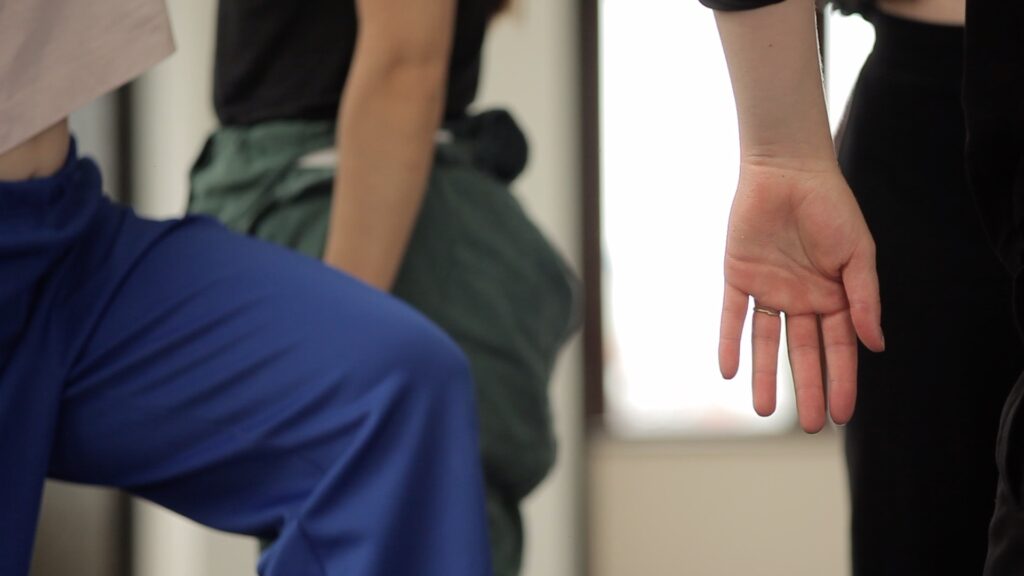 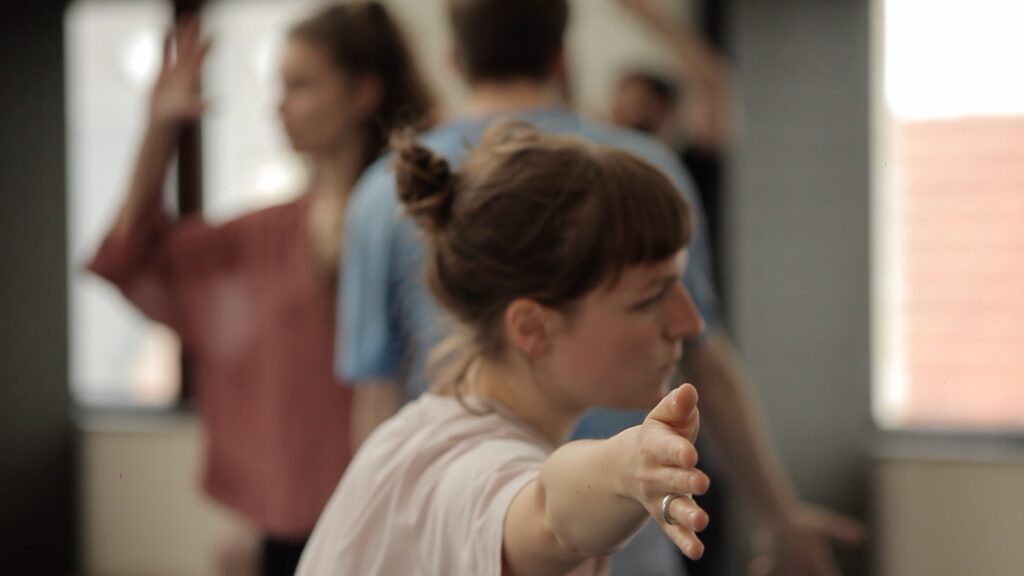 UPDATE: The show Blind Spot was cancelled. The entrance fee has been cancelled and the show of Common Works is now free. Those who have already paid, will receive a refund on the evening itself.

Common-Works
Common-Works is a long-term performance project by Timothy Nouzak. After previous editions in Taipai, Senegal, Amsterdam and Munich, Nouzak is now creating a new episode in Kortrijk. In collaboration with Passerelle, he offered ten young performers a ‘common ground’, a safe space in which they could experiment and share. The starting point of ,Common-Works‘ is a movement score by Nouzak that is partially permanent, but which also allows room for individual contributions, interpretation and improvisation. He is particularly interested in how movement and meaning arise out of the personal experience and memory of the dancer. The production raises questions such as: When is an action meaningful? Does meaning always come from memory? What does it mean to relocate a memory?

Timothy Nouzak is a performance maker from Vienna (Austria) and Houston (US). He began his career in classical ballet at the State Opera Ballet School in Vienna and went on to study contemporary and classical dance at the local Music and Arts University. He is currently completing STUDIOS, a choreographic research programme at P.A.R.T.S., led by Anne Teresa De Keersmaeker. In his continuing artistic research, he explores the movement practices at the junction of culture, identity, norms, narrative, past and memory.

Blind Spot (CANCELLED)
A chair, a table, a lamp and a plant. What seems a normal scene soon makes way for chaos in which the furniture and dancers spin around. Human or inanimate, it has to move. In Blind Spot, five performers tell personal, often touching stories, right from the heart, in a slightly banal setting. They turn the spotlight on our capacity to see what those closest to us have had to live with, and that capacity is limited... Blind Spot is a sparkling, slightly chaotic and fascinating production reinforced by the songs sung live by Izja Rutten.

Manon Avermaete graduated from the Academy of Theatre and Dance in Amsterdam in Modern Theatre Dance. She then founded Cie.Woest with Paulien Truijen, a dance company that focusses on site-specific work. Since 2016 she has been expanding her area of expertise by producing more work for younger audiences. She is always looking for a new relationship with her audience. What is typical of her movement language is the mix of art forms and the search for humour. In Blind Spot, Manon Avermaete orchestrates harmony, chaos and humour. Keep an eye on her, because Passerelle has a nose for young, bristling choreographers! Sidi Larbi Cherkaoui, Lisbeth Gruwez, Benjamin Vandewalle and Alexander Vantournhout all began there.

No entrance fee but reservation is required